About ALMA and the UK ARC Node 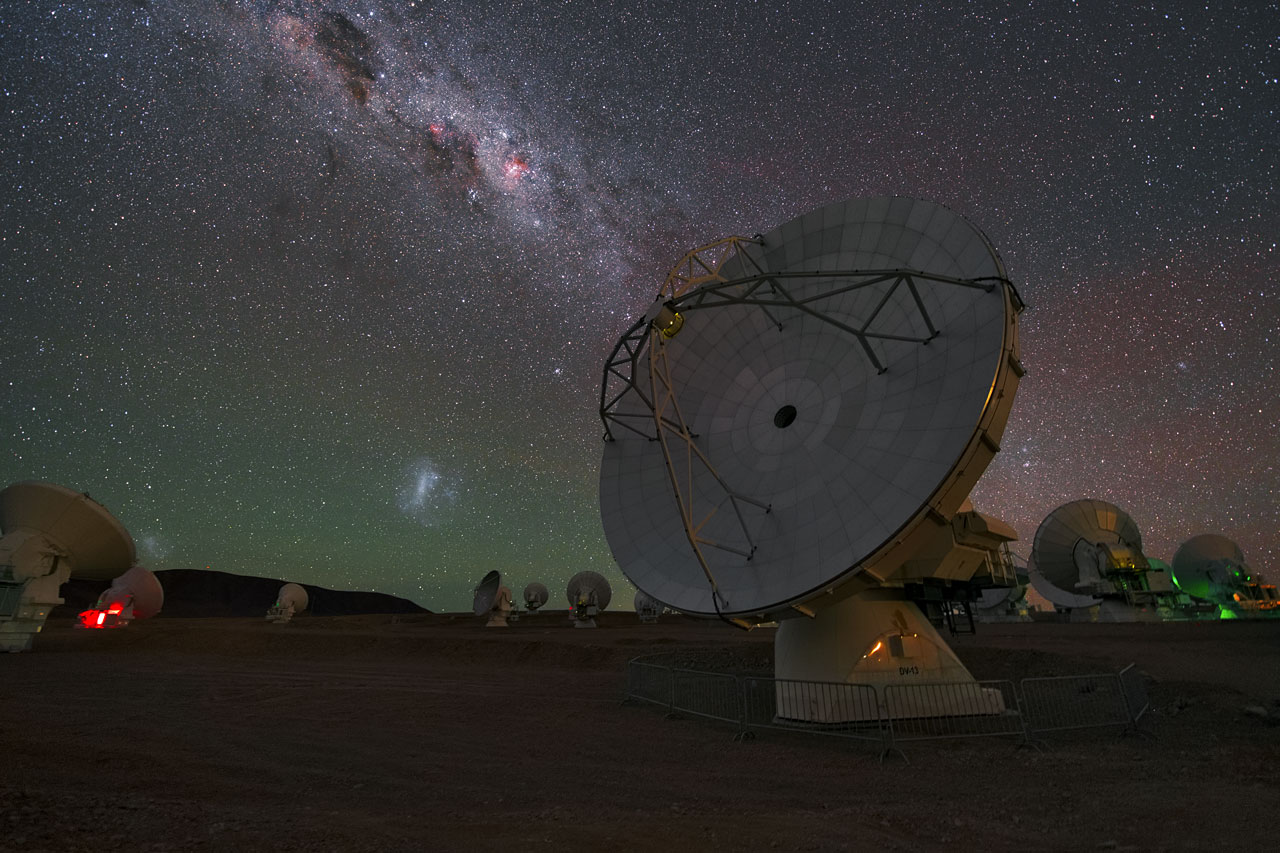 ALMA as seen at night (from the ESO website; credit:  ESO/Y. Beletsky).

The Atacama Large Millimeter/submillimeter Array (ALMA) is composed of 66 antennas located in northern Chile on the Chajnantor Plateau at an altitude of 5000 m an a latitude of -23 degrees.  The dryness and stability of the air at this location make it ideal for observing millimetre and submillimetre radiation from astronomical objects.  The telescope, which began science observations in 2011, was constructed and is operated by an international collaboration including Europe (represented by the European Southern Observatory), North America (represented by the National Radio Astronomy Observatory), East Asia (represented by the National Astronomical Observatory of Japan), and Chile, with activities coordinated by the Joint Astronomy Centre in Santiago, Chile.

The Alan Turing Building, which is the home of the UK ALMA Regional Centre Node (from the University of Manchester website).

The UK ALMA Regional Centre (UK ARC), which is hosted by the Jodrell Bank Centre for Astrophysics (JBCA) at the University of Manchester and which is part of the Interferometry Centre of Excellence, provides support for UK scientists using the telescope.  The STFC-funded collaborative project also includes contributions from Cambridge University, Oxford University, the UK Astronomy Technology Centre (ATC) and the STFC Rutherford Appleton Laboratory.

The UK ARC supports ALMA users with multiple services including the following:

The UK ARC has also been involved with technical development for ALMA, including the following:

We thank IRIS (www.iris.ac.uk) for provision of high-performance computing facilities. STFC IRIS is investing in the UK's Radio and mm/sub-mm Interferometry Services in order to improve the data quality and allow much more data to be processed.